Three board games that might help you improve your English 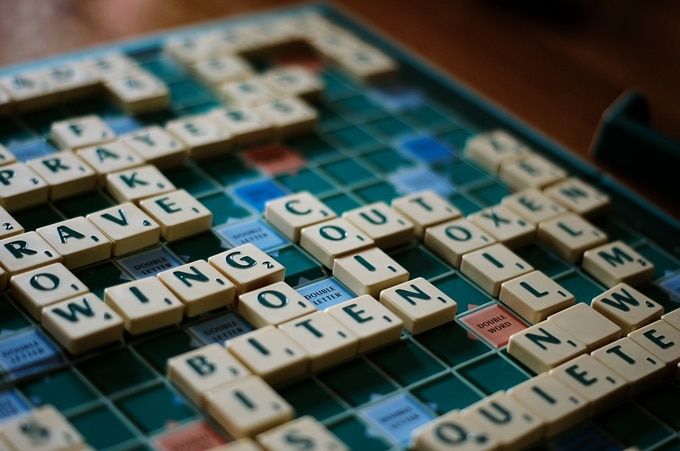 A popular pastime in the UK is to play a board game, especially on a cold, rainy day. Board games can be a great way of having fun with friends and if you pick the right one, it might even help you improve your English too. Here’s the EF English Live pick of three board games that will not only provide hours of entertainment for you and your friends, but also stimulate your mind to challenge its linguistic prowess.

The all-time classic word game, it was created in 1938 when American architect Alfred Butts devised a variation of Lexiko – an earlier word game he had invented. The game involves a set of letter tiles, with distributions and point values calculated by Butts using frequency analysis of letters from various sources including the front page of the New York Times, set on a criss-cross board. The game took a few years to really take off but by the 1950’s millions of sets were being sold right across America.

Scrabble is used all over the world as an effective method of teaching English as it contains over 260,000 (and counting!) ‘legal’ words, allowed under British Scrabble rules. In the UK, and in many other parts of the world, Scrabble is taken very seriously and British players even have their own organisation, the Association of British Scrabble Players, which organises tournaments across the UK.

A couple of obscure words that you will find in the Scrabble dictionary, but you most certainly won’t hear in everyday language are:

The original and best, Scrabble remains the biggest-selling board game in Britain and is a great way to increase the range of your English vocabulary.

Scrabble may be the undisputed King of board based word games, but Boggle is most certainly hot on its heels for sheer enjoyment and addictiveness. Designed by Allan Turoff to offer a portable and easy to learn word game experience, it launched in 1972 and is played using a standard 4×4 or larger 5×5 grid of lettered dice, in which players try to find words in sequences of adjacent letters.

Each word must be a minimum of three letters, with over 100 acceptable three letter words available, and tens of thousands of word permutations acceptable beyond this. Interestingly, the Official Scrabble Player’s Dictionary is a recognised method of settling disputes regarding what words are legal in Boggle!

Two of the longest words that you can form in Boggle are:

INCONSEQUENTIALLY – meaning something unimportant or trivial and…

SESQUICENTENNIALS – referring to a 150th anniversary of celebration.

Boggle is a great game to play when you’re on the go, such as on a long train journey or flight, and are looking to practice your English without the formality of traditional study.

A relatively new board game to enter the pantheon of word game classics, Balderdash is more than just a word game, it’s a game reliant on your skills of bluffing and trivia to win. Created by Laura Robinson and Paul Toyne and released in 1984, it is loosely based on another game called Fictionary. In the game, players draw ‘definition’ cards from a box and roll a dice to decide which of the words listed there is to be used. The aim is to guess the correct definition of the word.

In 1993 a particularly challenging variation of the game was released called Beyond Balderdash. If you really want to test your knowledge of the English language then this is the version for you. With plenty of highly unusual words and obscure acronyms to try and identify this game will test even the most gifted of wordsmiths! Why you shouldn’t be afraid to speak English