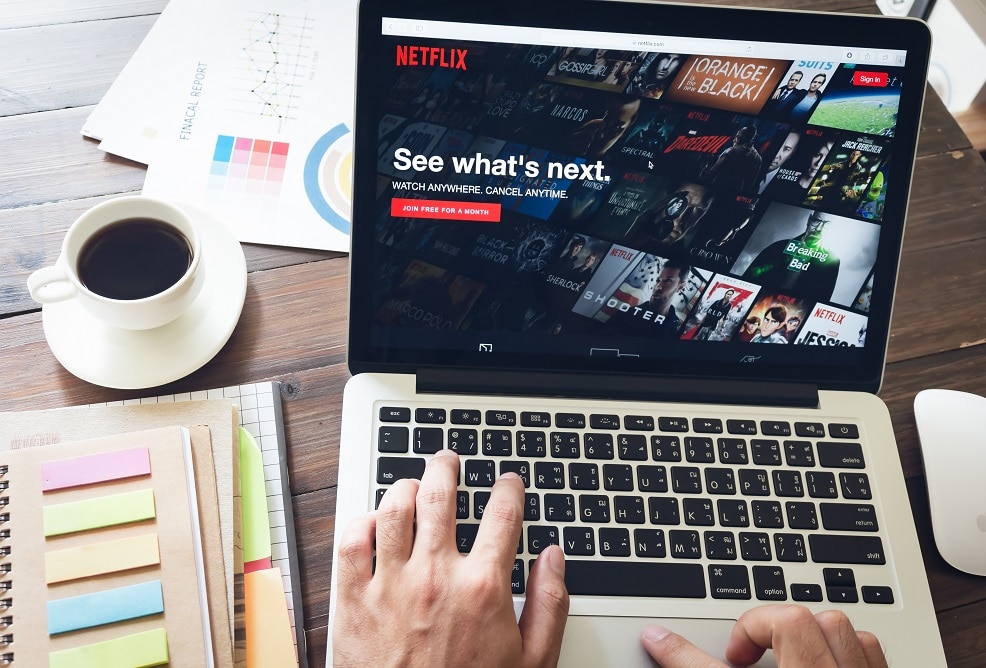 For decades, immersion has been considered one of the more efficient and thorough ways of learning a foreign language. The theory is that putting yourself in an environment where all, or a large majority, of the language spoken, is a second language you will naturally learn the language. Immersion also allows for continued growth.

Immersion has a number of drawbacks. The skills acquired are mostly conversational with only basic written language skills, and the ability to immerse yourself in another culture was not available to everyone.

The digital age has changed the learning landscape dramatically. Not only is it easy to learn English online in self-paced programs, but it is also amazingly easy to immerse yourself an English environment for at least part of each day.

How to learn English with the help of Netflix

Due to its wide scope of English language programmes available, it is fairly simple to find programs that fit your current level of understanding.

Here are ten popular Netflix programmes which are well suited for learning English.

Black Mirror is a science-fiction series of stand-alone stories. Most are set in the futuristic UK. Some of the episodes can be a bit dark and unsettling. Black Mirror features a number of accents, words used in new and unusual ways, along with a decent amount of slang and regional expressions.

The Haunting of Hill House

The Haunting of Hill House is a paranormal thriller that focuses on Hugh and Olivia Crain and their five children. The story begins in 1992 when the Crains buy a mansion, Hill House, in order to renovate it and sell it. An increasing series of paranormal experiences eventually force the family to flee. Twenty-six years later the family reunite and are forced to confront how the event at Hill House affected them.

The Last Kingdom takes place in the 9th century and tells the story of the Kingdom of Wessex’s fight to ward off the attacks of Viking Danes who have steadily attacked and plundered other Anglo-Saxon kingdoms, leaving Wessex as the last stronghold against the Danes.

The series offers lots of action and has experienced a steady increase in the “blood and guts” budget over its lifetime. The series is also rich is plots and subplots.

This American supernatural horror series is based on the Archie comic book series that was popular in the 1960s. The story revolves around Sabrina who is half-mortal and half-witch.

In line with the show’s comic book origins, there is a great deal of American teen-age slang. It has also received positive reviews for its premise, acting, visuals, and directing.

The Good Fight is a spin-off and sequel to The Good Wife and is another in the American tradition of shows based on lawyers and courtrooms.

The veteran cast delivers great performances and the writing is well done. The show is helpful in learning business English in addition to being entertaining.

At one point the Queen was a young newlywed. The Crown is a well respected and well-reviewed drama which focuses on Queen Elizabeth’s early life.

The writing, the sets, and the dialogue are elegant as are the refined British accents that dominate the series.

Orange Is the New Black

Orange Is the New Black centres around Piper, an upper middle-class suburbanite who ends up in prison after committing a misdemeanour. The prison is filled with felons from different cultures, ethnicities, educational levels, and characters. Each episode is filled with American slang in addition to a compelling storyline. Stranger Things is the perfect programme for sci-fi fans. The horror-comedy set in the 80s centres on a group of friends and a mysterious girl who enters their life. Her arrival leads to a number of supernatural events. The show’s soundtrack is loaded with 80’s hit songs as well as a lot of American slang from that era, much of which is still around and is frequently found in novels from the period.

Ozark is a classic criminal story and revolves around a financial planner from Chicago who is forced to flee to the Ozarks, a rural vacation area in the middle of the US after his criminal clients discover he has been stealing from them. The story is not exactly new but is well told and the dialogue is easy to follow.

This show deals with the controversial issue of teenage suicide. Despite the shows gloomy storyline it is one of the most popular Netflix series. The storyline is compelling and the use of current English, including slang, makes it a valuable learning tool.

When using Netflix to learn English alongside your regular English online classes following a few simple tips will make the experience better. How to get the most out of your online English course