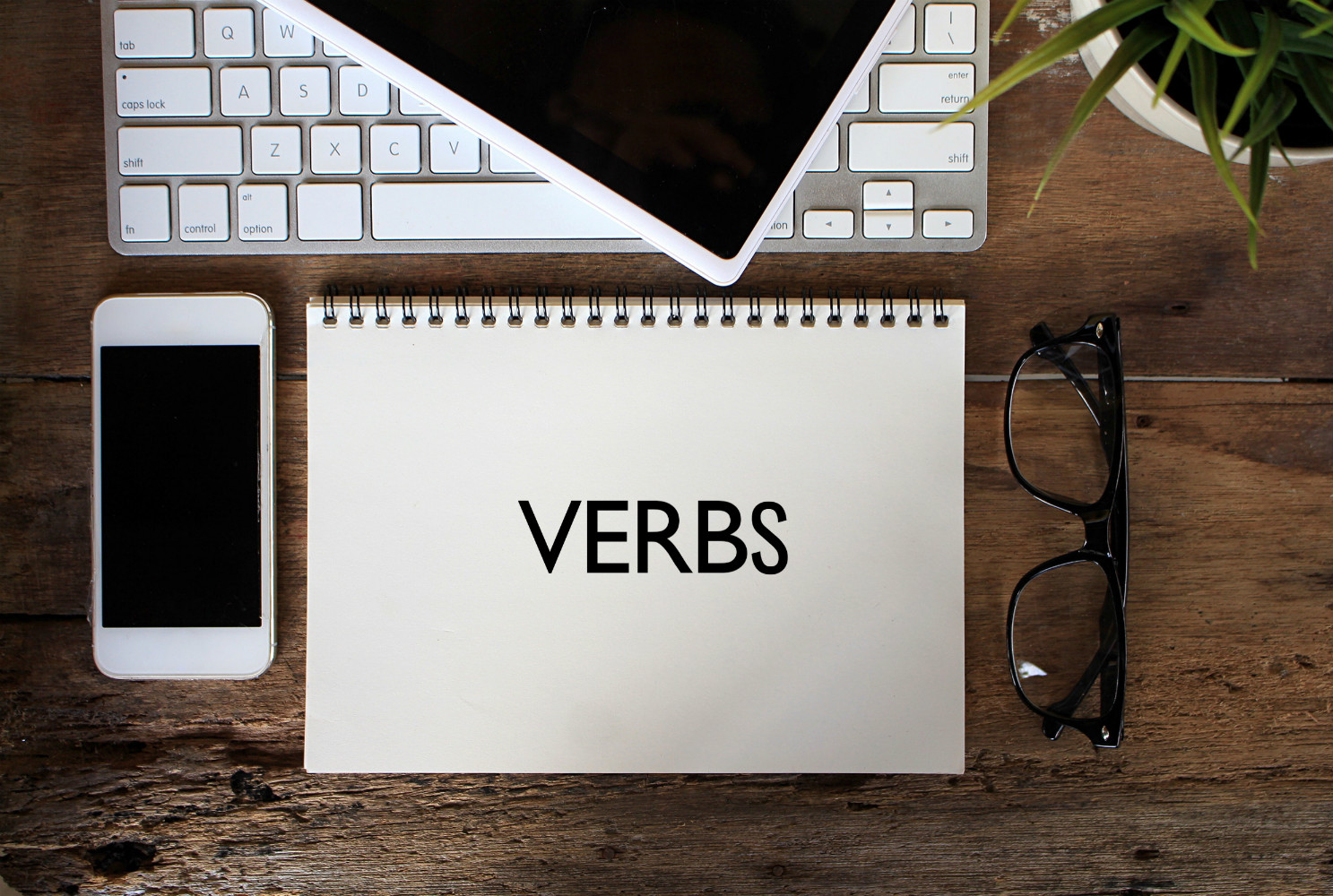 Verbs, eh?  What would we do without them? Well, not really very much because verbs are the words that describe the actions that we do. English verbs can take two main forms, regular verbs and irregular verbs. They are the subject of this article, and are a crucial part of the language as we study how to learn English grammar online.

In English, we use verbs in three main ways. Firstly, we use the base form in a number of ways.

Base Form Of All Verbs

The present simple tense, explaining something that is happening now. For example, ‘We sing in church’; in the infinitive form, which is easy to remember because the verb is preceded by ‘to’.

Ah, so this is a gerund!

Next, we have the ‘ing’ version of the verb. This is known as the gerund, although most English native speakers do not use this terms.

‘We are singing.’ And, just to make things a little complicated, verbs sometimes act as nouns in the gerund form.

‘Singing is good for our soul.’

Finally, we can use all verbs in three basic past participle forms. The first is called the present perfect.

As we can see, the action has just happened, it is in the present. Usually, but not always, the addition of ‘ed’ turns the verb into the present perfect.

We can use the passive form, which is preceded by an auxiliary (or helping) verb such as ‘was’. ‘It was finished.’

Finally, we can use the verb as an adjective, ‘The song is finished.’

We have worked on two verbs in these examples, ‘sing’ and ‘finish’. The second of these, ‘finish’ follows the rules to a tee and is therefore a regular verb. The other, though, starts to go wrong in the past participle. We would expect it to be ‘singed’, but the word changes to ‘sung’. Regular verbs are easy. We simply add ‘ed’ – ‘d’ if the verb already ends in an ‘e’ to turn the verb from its base form to the past simple or past participle form. If the verb ends in a ‘y’ we change the last letter to an ‘I’ and then add the ‘ed’.  For example: ‘Marry – Married’. (We still add ‘ing’ when we use the gerund, and add ‘to’ when turning it into).

Do, for example, the verb ‘call’ is ‘call’ in its base form, then ‘called’ in both the past simple and past participle. The same is true for ‘arrive’, for ‘wait’ and so forth,

Regular verbs are easy to learn.

A top tip is to learn irregular verbs in four separate groups. We have called each group by a name which will help us to remember them. Sadly, there is no way beyond the hard grafts of learning and practising because, as the name suggests, irregular verbs do not follow a pattern.

1. Group One – The Constant Group

These are irregular verbs where the same form is used in the base, past simple and past participle. Let us take the verb ‘hurt’.

Other verbs which fit into this constant group include ‘let’, ‘cost’, ‘put’ and so on. Practice using these by putting them into sentences using the base form, simple past and past participle.

2. Group Two – The Common Past

As the name we have given them suggests, for these verbs the two past forms (past simple and past participle) are the same but the base form differs. For example, the verb ‘find’.

Base Form: ‘Can you help me to find my glasses?’
Past Simple: ‘I found my glasses.’
Past Participle: ‘My glasses were found.’

This is a very large group of irregular verbs. Other examples include the following verbs: ‘buy or bought’, ‘feel or ‘felt, ‘hear or heard’, ‘keep or kept’, ‘say or said’, ‘sell or sold’ and so on. A good exercise is to try to find as many verbs as you can that fit this group.

The simply different group contain verbs where the simple past tense form of the word differs from the base and past participle use. This time we will use the verb ‘run’ as our example.

Base Form: (here we are using the infinitive version) – ‘I love to run.’
Past Simple: ‘He ran to the finish line.’
Past Participle: ‘His race was run.’

Other verbs in this group include ‘become or became’ and ‘come or came’. Try to use these two verbs in their different forms in different sentences. Our final group of irregular verbs are in some ways the easiest, and in others the hardest ones to learn. The simple side is that each form is different so we will not become confused between the base form, the past simple and the past participle. Depending on which version of the verb is used, we will know how it is being employed. However, because there are three different forms of the verb (plus, of course, the gerund, or ‘ing’ form) there are more words to learn. For our example here, we will use the verb with the base form ‘write’.

Base Form: ‘I write with pleasure.’
Past Simple: ‘I wrote the letter.’
Past Participle: ‘The written word is a joy to read.’

Other verbs in this group include the following:

There are many more.  See if you can find the past simple and past participle of the following:

Finally, try to find other verbs that fit into this group.  There are a few everyday ones. Common English mix-ups: affect vs. effect and accept vs. except Improve your English: words without a plural