Don’t Be a Word Bore: Alternative Ways to Say Hurry Up 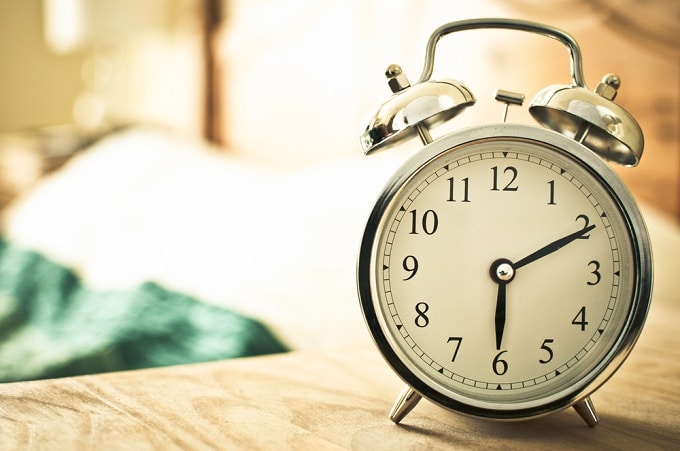 In today’s busy world, whether we’re working or studying, it seems we’re always in a hurry! To hurry up means to speed up your actions and it’s often given as a command. For example:

Hurry up and get out of bed; you’ll be late for school!

Hurry up; we’re going to miss the start of the movie!

When you’re trying to hurry your friends up, there are lots of ways to say it in English – including plenty of funny examples too. We’re going to take a look at some of our English students favourite alternatives so you can add these to your growing vocabulary.

Shake a leg – This is an informal way to say hurry up. An example of it in everyday use would be Shake a leg and let’s get going! Or Come on, shake a leg, we’re going to be late! Its origin seems to be a bit of a mystery, although many believe it is related to the old sailors’ phrase show a leg. In the old navy days, sailors would be told to show a leg out of their hammocks or beds to show that they were definitely awake and ready to get going with the day’s chores. Shake a leg can also be used as a noun meaning to dance.

Get a move on – As in, Get a move on or we’ll be late! Here the command means to hurry up, and it’s most often given as an order. It is typically used when someone is frustrated, such as a driver stuck in traffic shouting I wish this traffic would get a move on!

Make tracks – Here’s another example of a phrase that means to leave, usually in the sense of leaving for somewhere else. Making tracks doesn’t necessarily mean to leave somewhere quickly, but it is frequently used in this way. For example, Let’s make tracks if we want to get to the meeting on time or Let’s make tracks for the store before closing time. People may alk of making tracks even when they want to leave, even if they won’t be actually making any physical tracks while doing so.

Step on it – If you’ve ever driven a car then you’ll know what it means to step on the gas. That’s where this phrase comes from. Stepping on the gas or accelerator pedal of a vehicle makes it go faster, or hurry up. While this phrase originally refers to motor vehicles, today it’s used everywhere, regardless of whether or not you’re in a car. For example, We’d better step on it if we’re going to get this report finished on time.

Chop chop – This expression essentially means do it now! Or do it quickly, and it’s often given as a command from above – be it your boss or your mum! For example: Chop chop! Table 7 needs their order taken!, or The school bus is almost here, chop chop and get your shoes on! But where does this unusual expression come from? It’s believed to have come from sailors at sea in the Far East, and could be have its origins in the South China Sea, as a Pidgin English version of the Chinese term k’wâi-k’wâi, or it may come from the Malay cepat-cepat meaning quick-quick. Whichever is true, it seems that this phrase has traveled a long way!

So, now the next time you’re in a hurry you’ll have plenty of English ways to express it! Do you have any other alternatives to add to our list? Let us know in the comments, we’d love for you to share them. English grammar help: how to use ‘can’, ‘may’ and ‘might’ English grammar help: how to use ‘into’