But it’s called the Queen’s English for a reason – hardly anyone in the UK apart from the Queen speaks this way. Here’s a little taster from Her Majesty.

The truth is, although it may be called Standard English, it is anything but standard. The British Isles is made up many, many different accents and dialects – more than 37 dialects at the last count. A dialect is a variety of a language that differs from the standard language, in this case RP. Dialects can vary regionally – depending on where in the country a person is from, as well as socially.

Here’s a guide to just a few of these British dialects, which you’re sure to encounter on any trip to the UK. London especially, drawing people from all over the UK to live and work, is a melting pot of all of these different dialects.

The British Library has a fantastic online resource for anyone interest in Britain’s uniquely diverse range of accents and dialects. You can search by county, or by map, to find out how people speak all over the country.

Don’t be afraid to try out different dialects yourself. By copying them yourself you’ll get better at understanding them when you hear them – and with a little practice you’ll be able to guess where a person is from in the UK just from their accent. It’s actually a lot of fun, as these dialects vary so much. Good luck! This is one of the UK’s most famous dialects, and it goes hand in hand with London. It came about as the dialect of the London working classes, especially in the poorer East End of the city. The Cockney dialect also gave us Rhyming Slang, and you can still hear plenty of market traders round the East End shouting out in Cockney from their stalls. With the Cockney accent there are lots of ‘glottal stops’, and the ‘th’ sound frequently changes to an ‘f’ sound. There have also been some famously terrible attempts at the Cockney dialect – here’s Dick Van Dyke to show you how not to do it!

Here’s another dialect that is London-based. The ‘Estuary’ in question is the Thames Estuary, and this dialect is spoken by people who live along its stretch. It’s now becoming one of the most widely spoken accents down south. It’s not as posh as RP, but it’s not as ‘common’ as Cockney. Here’s a little video guide to teach you more!

Yorkshire is a big county in England, and lots of people speak with a variation of the Yorkshire dialect as a result. Known as ‘God’s Own County’, Yorkshire has a delicious dialect. One of the biggest difference between this dialect and RP is that words ending in an ‘ee’ sound, like ‘nasty’, are pronounced with an ‘eh’ sound, like ‘nasteh’.

The Northern Irish accent is quite a beautiful one, and a strong one too. The first thing you’ll probably notice about Northern Irish is how many letters seem to be missing from words when people speak it. For example, ‘Northern Irish’ would be pronounced more like ‘Nor’n Ir’sh’! Here are some great tips. 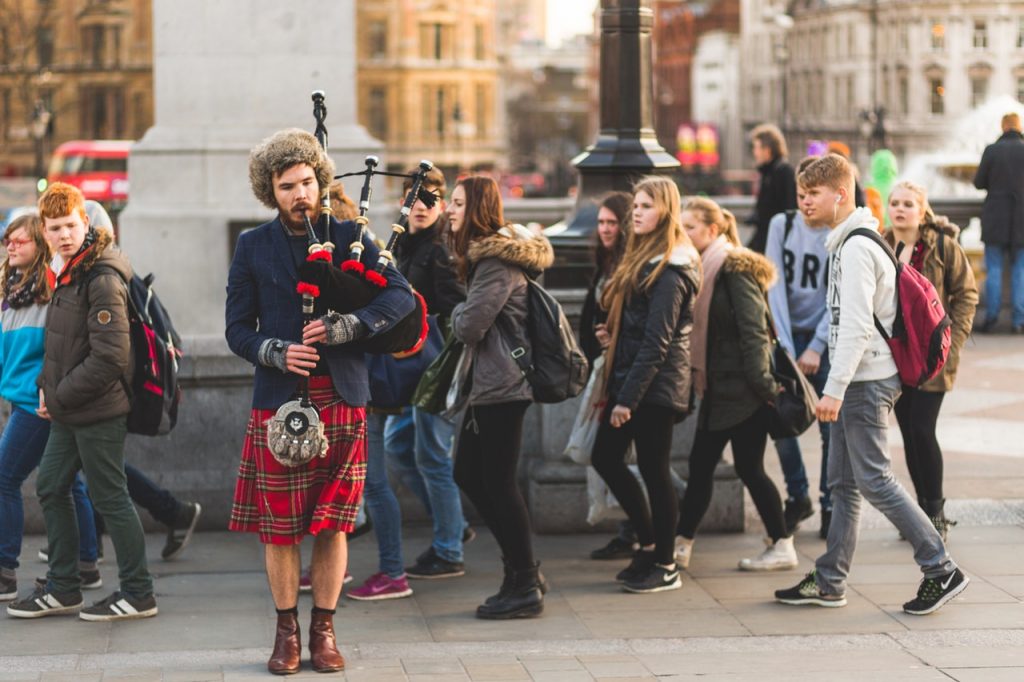 The Scottish dialect varies hugely from city to city, town to town, and becomes increasingly like the Irish accent in the Western Isles, and increasingly like Nordic languages in the islands to the far north. The more remote the area, the stronger the accent seems to become, so people from the Shetland Islands can be hard to understand at first. And Glaswegian can be tricky too – even for Scots themselves!

If you come from Birmingham, you’ll speak the Brummie dialect – like Ozzy Osbourne. He may have been living in LA for years, but he hasn’t lost his accent – which goes to show just how strong this dialect is. It’s quite soft, and elastic, and lumpy sounding!

If you come from Liverpool, like John, Paul, Ringo and George, then you’ll speak Scouse. The Liverpudlian accent is one of the most famous British regional accents thanks to the Beatles, and it’s a very nasal dialect that can be hard to copy at first!

People from Newcastle speak the Geordie dialect, and they’re called Geordies too. One of the biggest differences between Geordie and RP is that the ‘r’s at the end of words aren’t pronounced, and tend to be pronounced as ‘ah’ instead. So a word like ‘sugar’ becomes ‘sug-ah’. And a word like, say, ‘Space Centre’ becomes ‘Space Cent-ah’!

What British dialects have you encountered so far? What are your favourites and which do you find the hardest to follow? Let us know in the comments!