Why being bilingual is great

If you’re learning English as a second language, you’re probably already half way to being convinced that bilingualism is a great asset to any person.

There are over 6,800 spoken languages in the world. And as a child we are exceptionally open to learning and picking up more than one language at once.

More than half of the world’s population is bilingual – that is more than 3 billion people. And the most common second language for people in the world? Why, English! It seems that taking on another language is centered around the social, commercial and cultural benefits of learning English.

But if you need a little more motivation, here are some of the key advantages that speaking more than your native language provides.

1. It improves your brain function
Before the 1960s it was believed that bilingualism was detrimental to a child’s brain function. However more recent scientific work demonstrates that being bilingual can in fact add to a brain’s cognitive abilities, improving:

2. It improves your social skills
Speaking a second language immediately opens you to new social opportunities, allowing you to communicate and connect with speakers of your second language whether it be within your own region, or when travelling. As well as learning particular idiosyncrasies of a language, you learn its particular social traditions, which are often tied to the way the language functions. Practicing your exposure to increased linguistic and cultural diversity, and getting to know people in other languages, can improve your perception, listening and ability to make friends – and take the leap in those awkward situations.

3. It widens your social circle
This is an obvious one. Speaking another language immediately increases the number of people you can build relationships with – quite simply through the power of communication.

4. It could help resist mental illnesses like Alzheimer’s for longer
According to the findings reported in TIME by Jeffrey Kluger, the mental flexibility which learning a second, or multiple languages, encourages can be shown to help resist the onset of dementia, Alzheimer’s and other illnesses related to mental decline.

5. It increases your job prospects
Being able to speak another language also opens you up to new job opportunities. Obvious ones might be those which involve travel, translation – or even permanent relocation. Yet in the marketplace – where cross-cultural business is on the increase – being able to speak another language can put you ahead of your rivals even in your home town. Being able to communicate with foreign clients or customers is considered a big advantage at the moment, with jobs markets all over the world showing themselves to be particularly competitive – and very global.

The blog Omniglot has a more simplistic (but nonetheless relevant) view:

“One of the benefits of being bilingual is that as soon as people hear that they speak ‘another language’ they become immediately impressed and automatically assume that the person is incredibly intelligent. Being bilingual has its perks sometimes, especially in the workplace. Coworkers love to be impressed by bilinguals when they aren’t bilingual themselves.”

6. It gives you access to another culture
There are few things as enriching as the opportunity to integrate yourself into another culture. Being bilingual gives you a kind of passport into a culture you may not know, giving you the ability to communicate with people and get in touch with traditions and rituals that you would normally never see. Bilingualism is often the difference between feeling like a tourist and a real member of a community.

7. It makes moving easier
For many of us, the biggest obstacle in our desire to move to a new place is the language barrier. Always wanted to live in Brazil? Or move to New York? The intimidating wave of papers, legal changes and job applications in a language you don’t understand usually turn people away. Having a second language not only makes moving to a new place easier, as you can already overcome understanding what people say – it also gives you the confidence to learn another language and keep moving! 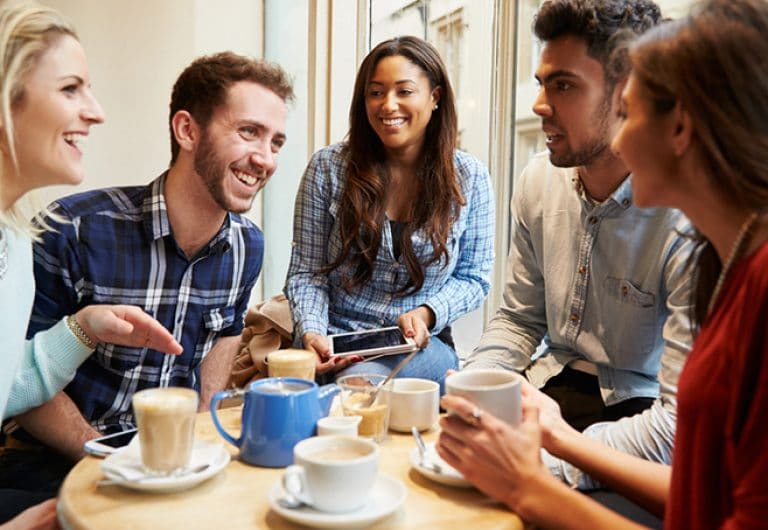