The world of business does not like to be emotional, especially not negatively emotional. It likes to look cool, calm, serious and in control. So when it comes to the emotional affects of business, for example, people getting sacked, business jargon is often used as a kind of buffer or shield. When a worker or group of workers is sacked, they leave a space behind in the company that needs to be filled. In order to fill it you need to backfill (verb), or address the backfill (noun).

So they don’t talk about it in human terms. Instead they use a word that was originally an engineering term, meaning to fill a hole or trench with excavated earth, gravel, or sand. Today it means ‘replacement’ – “we’re recruiting for Sophie’s backfill.” It may seem emotionally cold, but that’s the way the world of business works.

Many bosses want this type of thinking from their employees. Original or creative ideas that aren’t grounded in reality, that are not limited by current thinking or beliefs. Like that other famous bit of jargon, thinking outside the box, it’s used when trying to encourage employees to think as creatively and as outside of the mainstream as possible. It began as a scientific phrase used to describe the kind of scientific research that goes on without any clear goal in mind, just for the curiosity of it. It can often lead to ‘eureka’ moments, and employers use it in the hope of creating unique products and finding unique solutions to problems they face.

This is just one of many, many business terms that started out as a sports terms. The world of sports language and business language has always been closely linked, with sporting phrases often crossing over into the office. Perhaps because both are seen as tough, macho, male dominated worlds. This phrase has been used in baseball and basketball for almost a century now, meaning to be alert and to look out. In the office it’s used to get employees to pay attention, or to let someone know about something – “I just wanted to give you a heads up about the meeting next Thursday.”

Another phrase that originated in sport, it was used to describe a physical action in sports like football or tennis that was so well-drilled and practiced that it required no conscious thought. In today’s office setting it means an idea that’s obviously very good. Something that doesn’t even need to be questioned, as everyone can agree that it’s the right course of action, and that no thought is required to see that it’s the best idea.

This is a phrase that means to go beyond accepted boundaries, and has a surprising origin that has nothing to do with stationery! It first appeared in Tom Wolfe’s bestselling 1979 book about the space programme, The Right Stuff, where it appeared as: “One of the phrases that kept running through the conversation was ‘pushing the outside of the envelope’… [That] seemed to be the great challenge and satisfaction of flight test.”

So this phrase’s origins were in fact in the world of aviation. The term ‘flight envelope’ has been used in aeronautics since the Second World War, and it describes the upper and lower limits of speed, engine power, etc, at which it is safe to fly a plane. So in ‘pushing the envelope’, test pilots were determining how far planes could go. It didn’t take long or this to become office jargon after Wolfe’s book became a bestseller, and the phrase has stuck around to this day.

Run this up the flagpole

The full version of this phrase is ‘Let’s run it up the flagpole and see if anyone salutes it.’ It emerged as a popular piece of jargon in the advertising world, and means to test out a new product or idea and see if anyone likes it. This phrase is a bit of a cliché now, having been around since the 1950s and 60s. In fact, it’s become so over-used in the business world that, over the years, similar phrases and joke versions have been created, mocking the original. So you might also hear things like ‘Let’s throw it against the wall and see if it sticks.’ 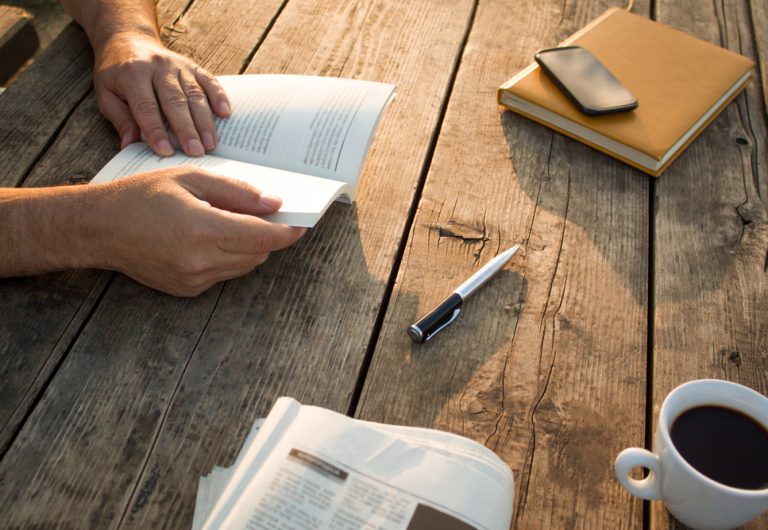 How Speaking English Can Make You Rich