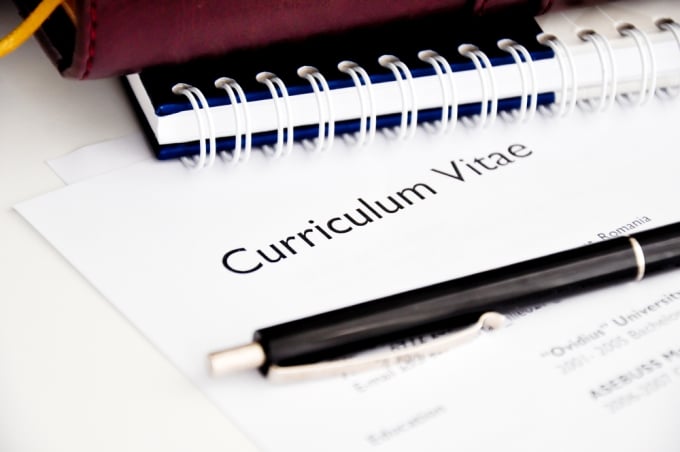 There are several differences between British and American CVs, but they both essentially serve the same purpose – to get you that job! So what are the main differences? And when should you use the American or the British format? Let’s find out.

First of all, in Britain the document that you use to apply for a job is called a CV. That stands for ‘curriculum vitae’, which in Latin means ‘(the) course of (my) life’.

In America, this document is called a resumé, which is basically French for ‘a summary’.

What is a resume?

A resume (it is fine to leave out the accented é in both American and British English) is the preferred method of applying for a job in the US. It is a concise document designed to make you stand out from the competition. It is kept short, typically just one page long, for the ease of employers. Because of its restricted length, the information you give on your resume, detailing your employment history, skills and achievements, needs to be kept relevant to the position you are applying for.

This means that a resume is highly customizable, and typically jobseekers in the US will rework their resume for every position they apply for. Additionally, it doesn’t have to contain information in chronological order, nor does it have to cover your whole career.

Longer resumes are sometimes asked for in the US, typically for more technical roles, and within the academic world, and here the employer would indicate that they would like to see a ‘professional resume’ rather than a ‘short resume’.

Resumes are rarely used – in Britain the preferred format is the CV, which is slightly longer and includes more detail.

The word CV is used in the US, but it tends to be restricted to the world of academia and university CVs. In America, a CV is generally far longer than a resume (think 10 pages instead of one or two), and contains a list of all of an applicant’s achievements, publications, awards, responsibilities, etc. It is not commonly called for when applying for non-technical or academic roles.

Traditionally, a CV is an in-depth document that gives an overview of a person’s entire career, in chronological order, spanning several pages. It includes detail of your academic grades, where you went to school, and any other accomplishments, like awards and honours. It also typically includes a small personal statement, detailing your aims, hobbies and interests outside of your career.

It is designed to give a complete picture of your ‘course of life’ and is supposed to be static – i.e., the same CV is used regardless of the job you apply for and you make changes only to your cover letter, not your CV.

Today however, a CV in the UK tends to fall somewhere between a traditional CV and a resume. As a general rule, employers don’t want to have to read pages and pages about every single one of your achievements. So today’s UK CVs have been slimmed down, typically to around two pages, detailing only the things that you have achieved that you think are relevant to the specific job you are applying for.

Everything is still listed in chronological order, and a little detail is still given about your education – although high school details tend to be omitted in favour of higher education only, i.e., forget your school grades, but do include details of your university or college course(s) and grades.

Today’s British CVs are now tailored for each different job that you apply for.

Which variant to use?

A resume is preferred in the US and also Canada. Americans and Canadians would only use a CV when they were applying for a job abroad, or if they were looking for an academic or research-oriented position.

A CV is preferred in the UK but also in countries that have more in common with the UK such as Ireland, Australia and New Zealand.

Obviously, American English should be used for applying for US jobs, and British English for jobs in the UK. So remember the main spelling differences between the two – the biggest being ‘-ise’ and –‘ize’. In the US, ‘-ize’ is used, whereas in the UK ‘-ise’ is preferred but both are now perfectly acceptable.

There are several words that typically crop up on a CV or resume that differ between the US and the UK. In America the word ‘internship’ is used, whereas in the UK this is typically called a ‘work placement’ or ‘training period’. If you have been an ‘intern’ in the US, that means you have been a ‘trainee’ in the UK.

We hope this has helped to clear up some confusion and that you have good luck in your job search! If you have any questions, feel free to share in the comments below. How to Say “Sorry for the Late Reply” What do English job titles mean?